Free woman of color, property owner, and businesswoman in Natchez, Mississippi, Amy Johnson was born into slavery. Little is known of her parents or early life. She was emancipated in 1814 at age thirty by her white owner, William Johnson, who was the likely father of her two young children, Adelia and William. He stated in the emancipation document executed in Concordia Parish, Louisiana, that in consideration of five dollars he had liberated Amy, who would be “able to work and gain a Sufficient Livilihood and maintenance” (Davis and Hogan, Barber, 15).

Amy was listed as a free Negro head of household in the Natchez, Mississippi, censuses of 1816, 1818, and 1820. Her children were also freed by William Johnson beginning with Adelia at age thirteen in 1818. Her son, William Johnson (1809–1851), was emancipated two years after this, in 1820, at age eleven. The family helped constitute the free community of color in Natchez and surrounding Adams County, which was the largest of its kind in Mississippi, numbering approximately 110 free black people in 1820. The people within this Deep South community occupied a stratum between slavery and complete freedom. Free people of color had to contend with many constraints that limited their rights, including restricted occupations, denial of voting rights, limited mobility, and inability to testify against whites. However, within this environment, free African Americans used their limited freedom to carve out niches for themselves and their families.

In 1819 Amy established her niche by procuring a license to retail within Natchez and probably peddled goods on the streets or maintained a small shop within the town by the Mississippi River. Throughout her life Amy was a dealer in small items and birds. No doubt she sold goods to the Natchez populace to support her two teenage children and experienced some measure of success in this pursuit. In later years she owned slaves of her own for profit, probably utilizing their labor to aid her in the management of her small business as well as leasing them out to others. Besides maintaining a visible presence in the town’s commerce, she at times had to answer to the public courts. Between 1816 and 1822 she sued and was in turn sued, mainly over payments of debt. In 1822 she sued Arthur Mitchum, a free barber of color, for assault. She charged that in 1819 Mitchum had caused her great bodily harm when he beat her with a brickbat and his fists, and he pulled out handfuls of her hair. For this substantial injury she asked the court for damages of $500. She was awarded damages in her case against Mitchum, but only in the amount of $27.50.

In 1820 the fortunes of the family began to change. At this time her daughter Adelia married a free barber of color from Philadelphia, James Miller, who apprenticed Adelia’s eleven-year-old brother William to learn the trade. In 1830 William bought his brother-in-law’s Natchez shop when James and Adelia moved to New Orleans. In 1835 William married Ann Battles, a free woman of color, and eventually they had ten children together. Amy was enfolded within the family, living with them. All accounts of Amy Johnson paint a picture of an aggressive and outspoken woman who did not hesitate to voice her opinions and needs. William Johnson’s diary entries from 1835 until Amy’s death in 1849 are peppered with accounts testifying to her personal strength of character in her business dealings, slave transactions, and relations and suggesting a difficult personality. She regularly had verbal altercations with a great many people, and not exclusively people of color. For example, she brought one of William’s tenants, a white fruit proprietor named Joseph Meshio, to tears by her insistence that he owed her $7.50, and even then Amy refused to relent.

On one particular occasion Amy fell victim to an act of violence emanating from her own child. In June 1837 William Johnson related how Amy had “commenced as usual to quarrel with Everything and Everybody” (Davis and Hogan, Diary, 183). A particularly ugly quarrel ensued, in which William took a whip to his own mother, giving her “a few cuts” as what seemed to him the most expedient way to quell her. After this humiliating incident Johnson refused to speak to his mother for a month and a half until his brother-in-law, James, intervened.

This diplomatic effort on the part of her son-in-law must have had an effect on Amy, for in a letter that William wrote to his sister a month later, he related that “she has quit running out in the streets to complete her quarrels—now she does pretty well—about 3 quarrells [sic] or three fusses a week will satisfy her very well—and before he [James Miller] came up here she used to have the bigest Kind of a fuss Every morning” (Davis and Hogan, Diary, 45). Unfortunately it was a short-lived period of relative peacefulness, as evidenced by a diary entry he made two months later: “The old woman is on a regular spree for quarrelling to day all day—oh Lord, was any One on this Earth So perpetually tormented as I am” (Davis and Hogan, Diary, 203). But in spite of her cantankerous personality, she was much loved by her family.

Amy Johnson died in 1849 of cholera. She almost outlived both of her children. Adelia had passed away of tuberculosis the previous year at age forty-two. William was murdered by a neighbor two years after Amy died. At the time of his mother’s death, he related, “The remains of my poor mother was buried, oh my god. My loss is too greate [sic]. Oh my poor belovd [sic] mother is losst [sic] to me forever in this world” (Davis and Hogan, Diary, 641).

Gould, Virginia Meacham. Chained to the Rock of Adversity: To Be Free, Black & Female in the Old South (1998). 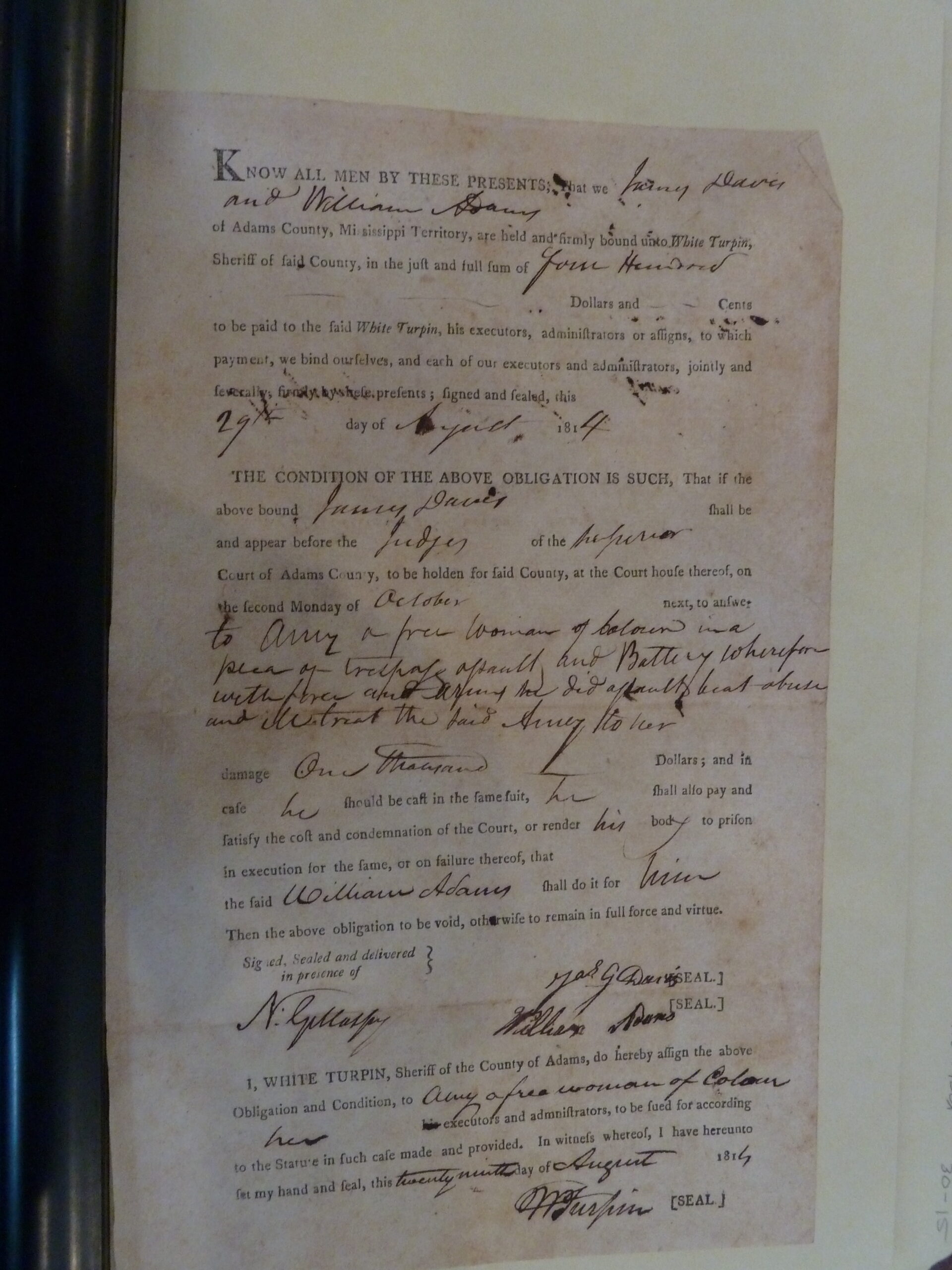 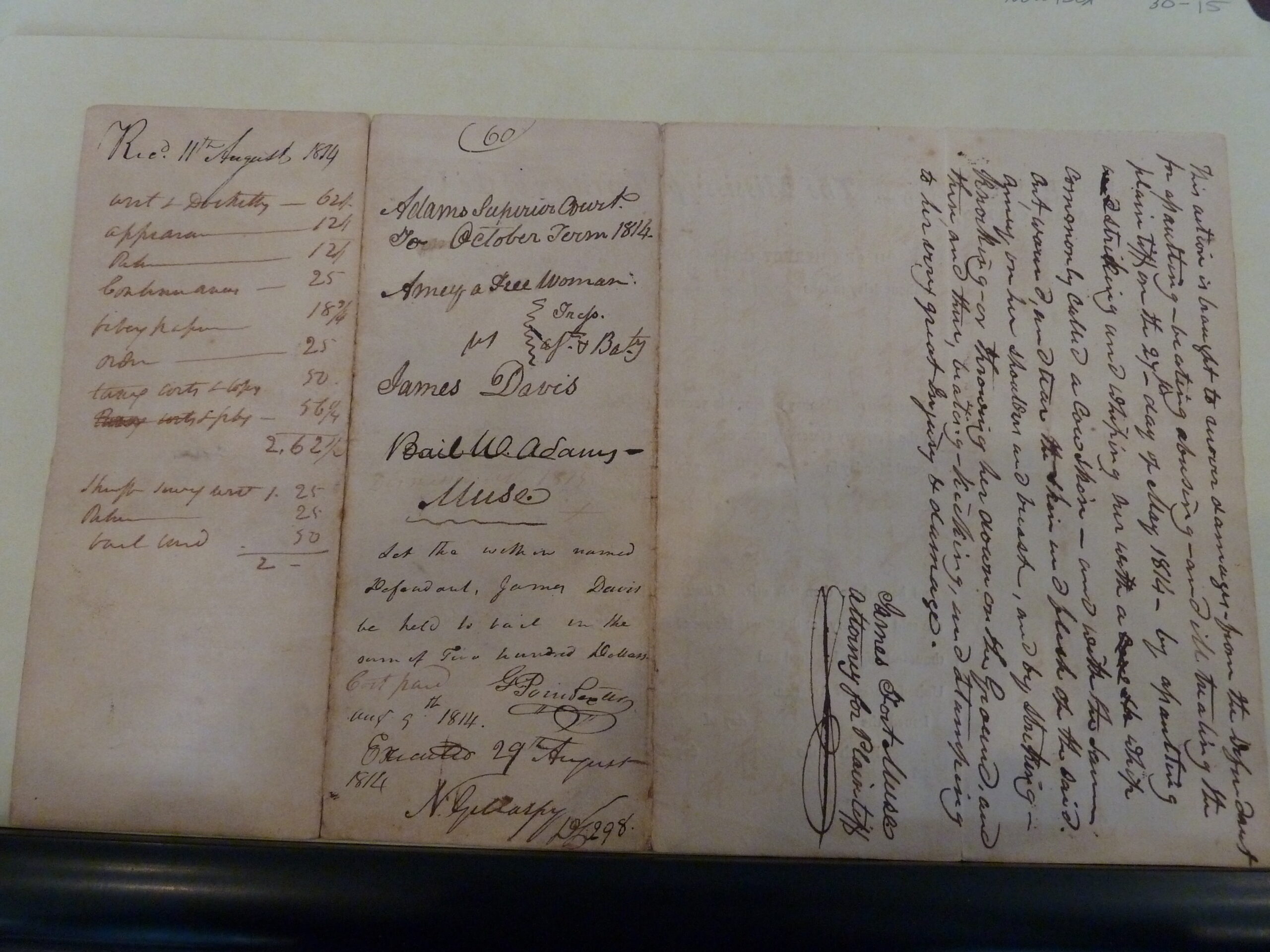 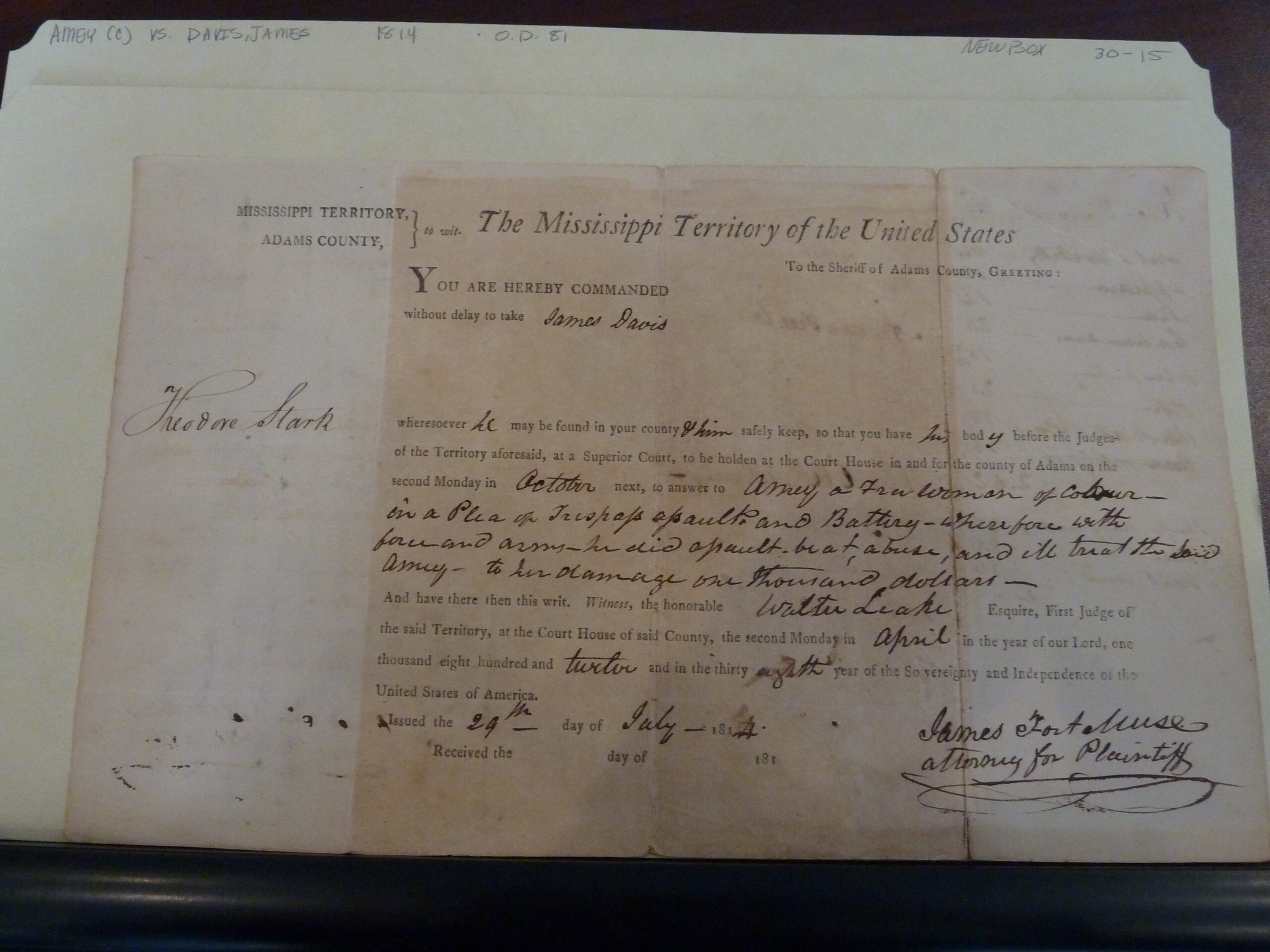